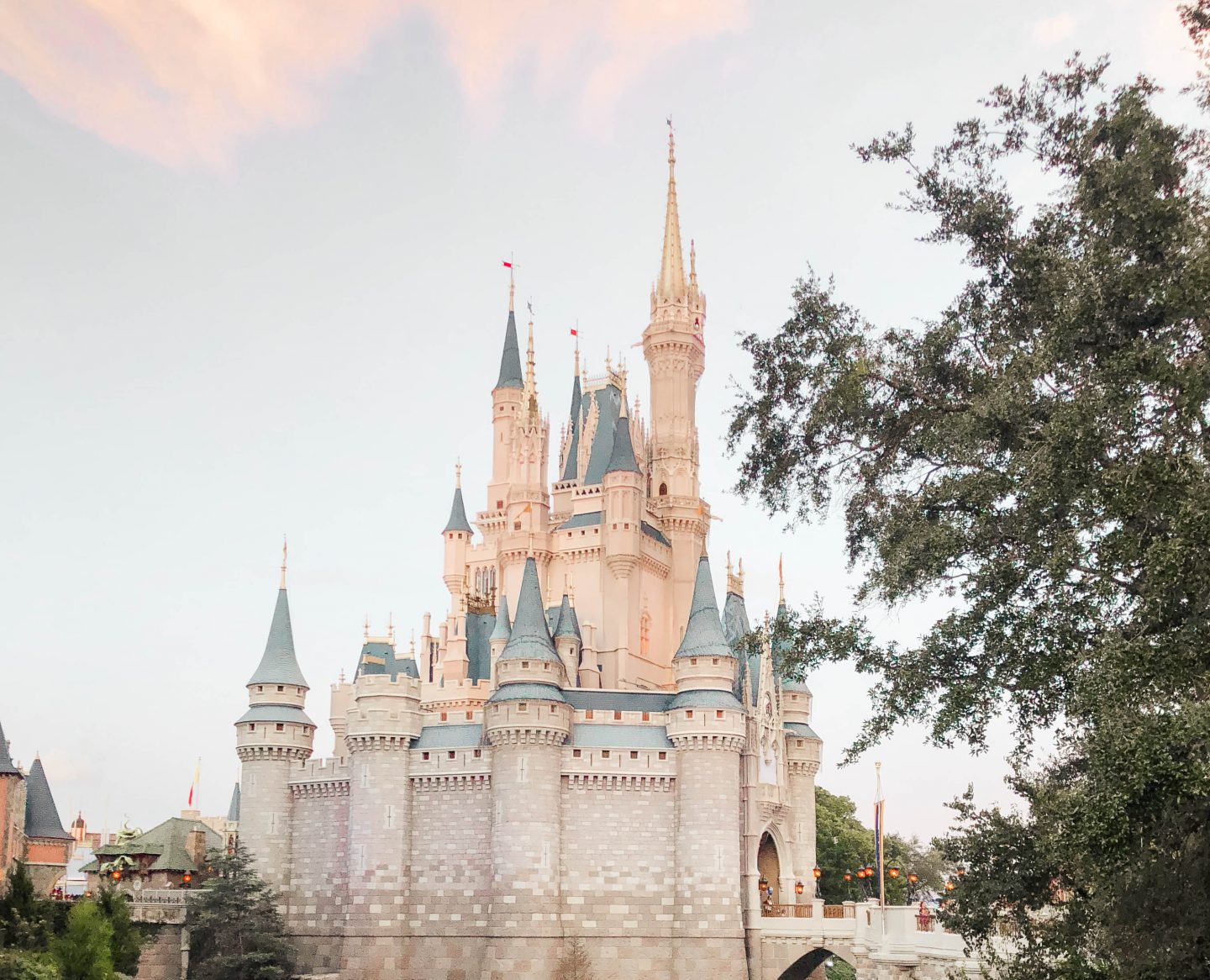 It all started with this text. And now I’m writing this in my apartment in Orlando, Florida where I’m now working for The Walt Disney Company in Disney World.

Let me clarify- the only context I had about the Disney College Program was that my aforementioned friend was there. I had no idea how the applications worked, what the different roles were, or how the DCP even worked. All I knew was that I loved Disney. That’s literally it.

Before starting my college program, I had *never* been to a Disney park. My parents had gotten divorced when I was young and my mom worked three jobs to provide for my brother and I. Disney had never really been an option for my family. So when I say I knew NOTHING about Disney World, I literally knew *nothing*.

I received the text above while I was in the middle of my social psychology class at George Mason University. My professor was going on and on about God knows what, and I was lost in thought, per usual. I immediately clicked on the link and registered for an account. Within 10 minutes, I had completed what was to be the first step of many in my application. It basically asked for basic information about me, such as my college, major, what park I was applying to, and what my preferred roles were. I knew I only wanted to work in entertainment, so I put down high interest for character performer and character attendant. I’m not 100% sure, but I think I put down low interest for every other role on the list. (I learned much later that putting down low interest for every role makes it even harder for Disney to willingly accept you into the program.)

A month later, I received an email from Disney Recruiting saying that they were moving me forward to the Web-Based Interview (WBI) part of the application. First off, I had pretty much forgotten that I had applied to the DCP- I had a LOT going on in my personal life and honestly, working for Disney was not a priority.

I left mine until the last possible minute, mostly because I was still dealing with a LOT in my life. I had no idea what the WBI was, nor did I know that it STILL wasn’t the final step in the application process. The 40-minute timed online interview asks you a series of questions that basically judge your personality and character. They put a statement in front of you and you have to choose how strongly you agree or disagree with that statement. I answered as quickly and honestly as I could- I’m the type of person that acts on impulse and doesn’t look back with timed questionnaires; time is of the essence!!

After I submitted the WBI, a message appeared on my screen saying that I essentially “passed” and qualified to move onto the phone interview. I immediately received an email telling me to schedule my phone interview within the next three days, or I would lose my chance to move forward in the application process.

I scheduled the phone interview for the following week and immediately put it into my physical calendar- why physical, you ask? Because my phone had been dead and in a bag of rice for three WEEKS. So, the phone interview was going to come through on my mom’s phone, which really shouldn’t have been an issue, right? (Narrator: Wrong.)

I was hanging out in my bedroom, watching Netflix (and avoiding my assignments) when I heard my mom yell, “ALEXA! YOUR PHONE INT-“. I JUMPED out of bed, sprinted up the stairs, grabbed her phone, ran back downstairs, and answered before she could even finish saying, “NTERVIEW! THEY’RE CALLING RIGHT NOW!”. I answered the phone with a smile on my face as my interviewer began a series of questions about my previous work experience and why I wanted to work for Disney. Honestly, I was still a little frazzled from running as quickly as I had before the interview, but I answered every question with a smile on my face because talking about the magic of Disney really affects me. I wish I could remember more about my phone interview, but again, I had a lot going on (namely, undiagnosed major depressive disorder) and I, unfortunately, can’t remember much about early 2018.

The phone interview ended, I returned the phone to my mom, and went back to engrossing myself in an episode of How I Met Your Mother.

I had just gotten back from campus when I checked my email as I walked up the stairs in my house (unsafe, I know). I saw an email with the subject line: “Disney College Program: Congratulations!”.

In this e-mail, I read that I had been accepted into one of my two dream roles: Character Attendant.

I was honestly… taken aback? Is that the right way to put it? The DCP was not my number one priority in my college life- I didn’t expect to make it this far, let alone get accepted. I finished my  run up the stairs and basically yelled at my family that I was accepted.

‘Twas the Happiest of “Accidents”

According to most people I’ve talked to, the Disney College Program is extremely competitive. Some applicants spend their time researching potential interview questions, following Disney Recruiting cast members on social media, and analyzing the timing of every email applicants are sent.

It wasn’t until I joined the DCP Fall 2018 Facebook group that I realized just how lucky I was to have been accepted on my first try. Some people apply multiple times and get rejected multiple times; others make it to the Web-Based Interview and then get rejected afterward; and others don’t even make it past the first step.

I’ve learned a tremendous amount while living here in Florida, and I’m ecstatic that I have finally had the energy and willpower to write this much-anticipated post.

Hopefully, this random burst of energy and focus stays a little longer- I’ve had a lot to say about the happenings in my life.